Irene came in to relieve pain she had been dealing with for years. After just one session, Irene felt immediate change to her facial symmetry.

Relax the muscles of your face and mouth. Issues with stress can cause pain in muscles and the key roles they play in your facial health care.

Developing symmetry and how it influences your face and habits that can affect position of jaws, neck and position of the head.

Unless recognized and changed, our habits will continue throughout life.

Every day we consciously and unconsciously use the muscles of our face and mouth. Like any habit, some habits are good, however, some habits over time can negatively effect our facial muscles. Incorrect or poor habits are often learned at a very early age and carry into adulthood.  Some bad habits include  biting your fingernails, clenching you jaw or even poor posture.

Justin was able to get amazing results for his smile without the use of braces or other appliances.

Initial Visit – Justin came to me with tongue tie and lip tie. He also had Class III malocclusion also known as protruding jaw which. Although Justin mostly breathed through his nose during the day, at night he was snoring, drooling and bruxing. We needed to eliminate his habits of lip licking, nail biting and pinky sucking.  Due to restless sleeping at night, it was affecting his productivity and activities in school.

After 8 months of myofunctional therapy, he had frenectomies performed on his lip and tongue. Justin came in for his 5-day follow-up session. He had a fully, normal bite. No braces. No appliance. We were able to reclassify him as Class 1 Occlusion.

Lingual and maxillary frenectomies were performed.

Jessica came to me after she had to get braces put on for a second time after her symptoms came back and spaces appeared between her teeth. Her dentist noticed she had a tongue thrust and overbite effecting her treatment, so he referred her to us for therapy and we were able to create new habits and patterns.

Why use a certified orofacial myofunctional therapist

We help you get the smile you want.

Treatment is designed to develop proper resting postures for the lips, tongue, and jay by retraining muscle and swallowing patterns to eliminate negative oral habits.

Click to see more on Adam’s initial visit through graduation. 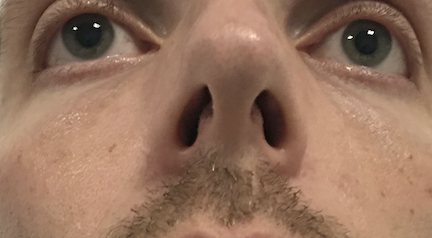 While dentistry/orthodontics has a primary focus on dental occlusion, or teeth-together relationships, orofacial myologists focus on teeth-apart behaviors and postures that can lead to or have already resulted in misalignment of teeth or other facial muscle imbalances.

With Oral Facial Health Care, you can reduce the occurrence of discomfort associated with migraine pressure tension headaches, jaw or neck pain or other painful symptoms of OMD.

We offer a 10-point evaluation and customized therapies based on holistic, natural healing methods.